On May 1, 1996, David Nickerson lost a four year war with prostate cancer.  He had overcome many significant challenges in his life.  But he would be uncomfortable to hear any of that celebrated.  You see for him it was never about Dave, it was always about others.
Even as he lay on his deathbed, crippled by this terrible disease and the havoc it wrought, as visitors came he asked them all the same question: “What can I do for YOU?”

Childhood Years
David was born on May 12, 1933 in Indiana into a family that struggled throughout its existence.  His father Claude had married Gladys just before the Great Depression. His brother Harry was sometimes asked by Claude to go to service stations asking for used oil to pour on ashes so they would burn and keep them warm against the cold of Illinois winters.  In 1938 the family disintegrated.  Having a father who came and went and a mother who could barely provide, resulted in the children being sent to orphanages.  From then on they were in and out of foster homes.
One morning Dave’s foster family gave him money for a haircut.  Dave dropped out of High School and ran away that day.  For a time David even lived on the streets of Chicago.  Hard work and hunger were constant companions growing up.  He said that to fight hunger he would eat the chips behind the Charlie’s Chips factory that were thrown out because they hadn’t made the cut.  Probably as a result, the rest of his whole life he always enjoyed eating burnt and over salted potato chips.  Sometimes his path allowed him to be reunited with some of his three sisters or his brother.  Farm work and a one room schoolhouse to some an American cliche- were all a part of his youth.

Service to Country
Finally at 17, David convinced his aunt to lie about his age and he joined the Air Force. He spent four years as a navigator and served in the Korean War.  His bomber performed Search and Rescue missions, dropped flares and propaganda fliers and he flew 27 combat missions.  He received six medals and was never shot down.  He always said that guard duty and walking post at the airfield at night was one of the scariest things he ever faced.
He hated it more than being shot at in the air.  He said that when they landed they would count up all the rounds of ammunition that had hit the plane.  He also joked that Korea was so cold that the rats would get up in the middle of the night and turn up the heat.  He never spoke about the Search and Rescues, ever.  It was just too hard.  His last station with the Air Force was as a radar repairman in Osceola, FL with the 674th AC & W squad.
After an honorable discharge from the USAF, Dave went to University of Florida, Gainesville on the G.I. Bill.  George Cogar had served with David in Korea and he called him down in Florida.  He told Dave that he was up in Minnesota working on a new invention called a computer.  He left college and went up to live with George and his wife.  He took a job as an engineer at Remington Rand Univac, working on one of the first computers ever constructed.  It was here in Minneapolis that he met the love of his life, Maxine.

Love and Marriage
Dave was a bit forgetful.  As brilliant a mind as he had for Mathematics, he was what most would call the absent-minded professor.  Every morning he neglected to punch the clock.  Maxine worked in payroll.  She was assigned the task of showing him where the time clock was.  After a short time, Dave asked Maxine out on a date to go to dinner and dancing.  Maxine was from a farm in a small town in Minnesota.  She came from a very conservative upbringing.  Dancing was out of the question.  Now he may never have been shot down in the Air Force, but Maxine shot him down over and over again.  He eventually won his date and took her to dinner in Wisconsin.  They had lobster which tells you all you need to know about how he felt about her.
They were married September 8, 1956. They went back to Florida and Dave finished his B.A in 1958.  Their first child Susan was born in Gainesville in 1957.  They would have three more children over the next 10 years – Steven Cash, Stacy and Scott.  David’s work life was a mountain of technical experience.  He worked for Philco in Philladelphia and then went to work in Van Nuys for RCA where he was a Senior Member of the Technical Staff with primary responsibility for the design of advance defense and weapons systems.  He then went to Kansas City to work for TWA.  One of the early practical applications for computers was the calculation of flight plans for commercial airliners.  Dave gained experience in the specification, design, maintenance, programming and management of small, medium and large digital processing systems. …back to the top

Business Leader
In 1965, the family moved back to Pittsburgh where Dave was named Director of Carnegie University’s computation center.  Now considered an “Industrial leader” of the computer world, he handled the merger with Mellon University that put increased demands on the center.  Here are a few words from colleagues in the business and educational field.  “His is a very high order of intelligence.”  “He is inquisitive, gets along well with people.” “He has initiative and much drive, and will persevere when working on a problem until a solution is obtained.”

On November 17th, 1969 Dave opened the first “walk-in” computer store in America, FASTURN.  This was a man that was ahead of his time.  The American public was not yet ready and he could not make a business from selling birthday banners and time-share computer blocks.  His company went bankrupt.  Dave was devastated. He always marveled that years later he was paid well as a professional witness because of his experiences.  He said it taught him an important lesson, “Never judge your entire life based on your current circumstances.”
The family moved to Upstate New York in 1973 and Dave went to work with his friend George Cogar at Cogar Corporation.  He was one of George’s right hand men. Nights he would drive to State University of New York, Albany where he completed his Master’s degree with a thesis in relational databases.  Later he would work toward a PhD at Renselear Polytechnic Institute, doing research on a symbolic algebra manipulator.
In 1977 Cogar Corp was sold to Singer Corporation for $27 million.  In 1983 he was contacted by Point Loma Nazarene College to join their Computer Science faculty.  After some prayer, Dave decided that God wanted him to move to San Diego.  In 1984 his best friend George and six others, disappeared while on a small private plane for a hunting trip in British Columbia.  Dave immediately went up to help with the expansive search.  No trace of that plane was ever found.

Cancer Strikes
In 1992, while jogging in San Diego, David fell down.  He was having difficulty controlling his left leg below the knee.  He was 59 years old and doctors felt that it was just part of getting older, people fall.  A tough man, he attributed his many aches and pains to working hard.  The doctors prescribed pain pills for his back, but something more sinister was at work in his body.  Finally, late one night he got up to use the bathroom and found he couldn’t walk.  He waited about a half-hour and tried again but the pain was too much.  He called 911 and an ambulance came to take him to the hospital.
X-Rays revealed that cancer—starting from the prostate gland—had spread throughout many of his bones.  It had replaced some bones entirely.  One tumor in particular was resting on his spine (where it had eaten and replaced a whole vertebrae) and had been interfering with the control of his leg.  The prognosis was crushing.  They felt he probably only had weeks to live.  Over time, the family dealt with the frustrations of dealing with HMOs.  Talking to 9 different doctors in a day and hearing 9 different opinions.  A brilliant scholar, Dave quickly realized that he needed to manage his own treatment.  He took copious notes and strategized and plotted his battle.
The PSA (Prostate Specific Antigen) test had only existed for a few years.  They gave him this test only after realizing what they were facing.  Early detection is key to survival with prostate cancer.  When discovered in the early stages, it is nearly 100% curable.  But mens’ attitudes toward health in general differ greatly from womens’.  Blame it on “machismo” perhaps.  We do not discuss our weaknesses, and the thought of a DRE (Digital Rectal Exam) is much maligned overtly in our humor.

Epitaph
Dave Nickerson was a complicated man.  He was deeply religious and intellectually curious.  When he encountered a question he would bury himself in books until the answer was discovered.  He listened to British marching bands, musicals and classical works.  He was an engineer and a computer scientist, but he also collected 19th century American literature.
He was extremely generous even in times when he had little for himself.  He would bring strangers home for dinner and sometimes to stay overnight.  Once, while in college in Florida he met a couple with no bed.  He gave way to them the only bed that he and Maxine had.  David Nickerson lived by the motto, “Always leave other people better off than you found them.”  He believed deeply in the best of people.  When others were mean spirited or wronged him he sometimes said, “It’s probably just something they ate,” but never saw the person as bad.  He was incapable of criticizing others, saying “You don’t build yourself up by tearing other people down.”
Dad wanted two things in his final days on earth.  To get better treatment for people in hospitals and to have his story told so that others could benefit from it.  David H. Nickerson overcame so many obstacles in his life, but Prostate Cancer was the one that he could not defeat.  Won’t you help us continue his fight? 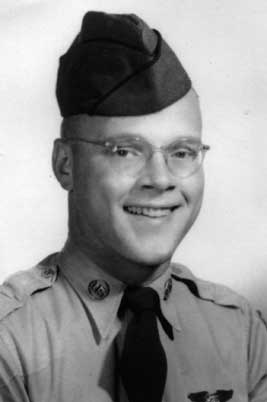