My father was an early casualty of prostate cancer, a disease that afflicts one out of six men in their lifetime. He was diagnosed far too late to be cured of the disease. And yet, the disease is treatable and curable if it is caught early. 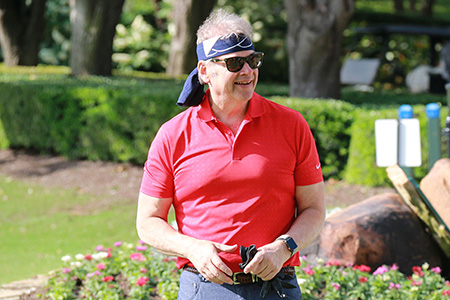 Unfortunately for my father and our family, back in the early 1990’s there was not significant awareness of the disease, PSA tests were not common, men did not discuss it and people died from it. Some progress has been made since then, but we have a long way to go.

There was a time when we didn’t feel comfortable talking about any cancer. I grew up watching anti-smoking campaigns on TV and it appears that effort has substantially reduced smoking and lung cancer.

The David H. Nickerson Foundation was launched in 2008 by his eldest son, Steven Cash Nickerson, to increase awareness, screening and to raise money for those working to find a cure for prostate cancer. Cash was deeply moved and in anguish as the cancer, originating in his father’s prostate gland, overcame the strength and courage of this man.

In those days there was little information about how early detection of cancer dramatically improved the odds of a complete cure. This is the one of the reasons for the foundation. As Cash says, “There was a time when we didn’t feel comfortable talking about any cancer. I grew up watching anti-smoking campaigns on TV and it appears that effort have substantially reduced smoking and lung cancer.

David H. Nickerson was a veteran; a husband and father of four; an entrepeneur; an educator; an innovator. He died on May 1, 1996 because his prostate cancer was not detected early enough to be effectively treated.

On May 1, 1996, David Nickerson lost a four year war with prostate cancer.  He had overcome many significant challenges in his life.  But he would be uncomfortable to hear any of that celebrated.  You see for him it was never about Dave, it was always about others.

Even as he lay on his deathbed, crippled by this terrible disease and the havoc it wrought, as visitors came he asked them all the same question: “What can I do for YOU?”

I am writing to thank Cash and Evie for the support they have provided to the Division of Urologic Surgery through the David H. Nickerson Foundation and David’s Cure Challenge Golf Tournament. We sincerely appreciate your support for our efforts. We are devoted to advancing the care of men with prostate cancer and to seek innovative means of diagnosis and treatment.

The excitement and dedication of the people that support the David’s Cure Challenge is the reason why this golf event continues to be more successful than the previous year.  It is an honor to be a sponsor of The David’s Cure Challenge each year and know that when you support this golf event you are helping the researchers to make strategic advances in Prostate Cancer Research.

Our team was honored to have won the first tournament put on by this charity. It was a special event for me personally because my father had also been diagnosed with prostate cancer. Fortunately it was found early on and put into remission. Hopefully through events like this more individuals will be made aware of this disease, seek early detection and help find a cure.